Nebraska Man Puts His Cat Into A Bong

Acea Schomaker of Nebraska stuffed his cat into a plastic box that was part of a homemade bong. He was smoking marijuana at the time of his arrest. His excuse for putting the cat inside the bong was that he was trying to calm her down.
A Lancaster County sherrif's deputy took the cat to the Humane Society. Executive director of the Capital Humane Society, Bob Downey, says the kitty is doing fine now. Schomaker was cited for Cruelty to Animals and paid a $400 fine. Of course, he's also facing drug charges.
The judge needs to order that he never own or take possession of a pet ever again. Schomaker should also do some community service helping out pets that are suffering. Maybe he'll learn a little empathy! 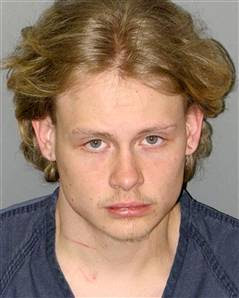 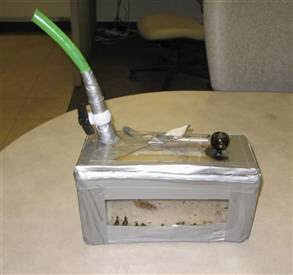 Yep, I stumbled upon this story and was shocked! What the heck was he thinking - that's just insanely cruel and such an undignified act!

This guy is definitely a few cards short of a full deck!