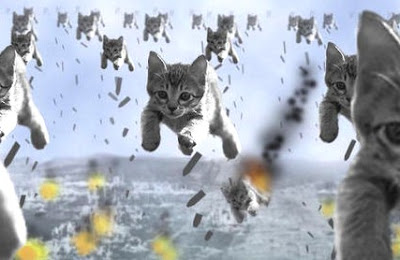 Cats can have cow's milk
Many cats are lactose intolerant & giving them milk will result in them getting an upset tummy and/or diarrhea. This is especially dangerous in kittens who can dehydrate quickly.

Cats can have fish
It is perfectly fine to give your cat the occasional treat of fish, but it should not become their regular diet. Feeding too much fish can lead to Yellow Fat Disease (steatitis), caused by Vitamin E deficiency.

When you move to a new home, put butter on your cat's paws to stop it from roaming or getting lost.
The safest bet is to keep your cat either exclusively indoors or allow it to go out in a purpose built cat enclosure for at least 2 months.

My cat will get fat and lazy if it is fixed.
They might, on average, weigh a little bit more than other cats, but their level of friskiness is not affected.

My female cat should have one litter before she is spayed.
Not at all, in fact it is better to have her spayed before 6 months of age to prevent an unwanted pregnancy. Letting her have a litter is a human sentimental notion.

Cats must be 6 months before they can be desexed.
With modern anaesthetics, cats can now be safely desexed as young as 8 weeks of age. It's more an issue of size and weight than of age.

Cats always land on their feet.
They try to land on their feet but it there's not enough time and distance during the fall, they can't. And landing on their feet is no guarentee they'll land without injury. Can you fall 20, 40 or 60 feet and not get injured just because you landed on your feet?

Declawing hurts my cat.
Just like any other operation, the cat is under anesthetic and can't feel the actual operation. There is some post operative pain, just like any other proceedure. Unless the vet botched the surgery, your cat will be fine and ready to run and jump in no time soon. Using the litter box again is no problem.

Cats will not mate with their siblings/parents/offspring.
There are no rules in the cat world about who mates with whom. Anything goes.

All calico cats are female.
There is the occasional male. However, virtually all of these males are sterile. The calico color is sex linked. For a cat to be calico it must have two X chromosomes ergo the cat is female. In rare instances however a male calico will be produced. This usually happens because the cat has an extra chromosome. So, instead of him being XY, he is XXY. These cats are known as Kleinfelter males. 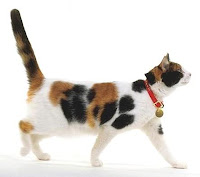 All orange cats are male
No, it is possible to have an orange female. Unlike the orange male, who only needs one copy of the O gene to produce an orange coat, the female requires the O to be on both chromosomes. If she has only one O, the resulting coat colour will be calico.

It's okay to release your pet cat into the wild because cats can fend for themselves. Pet cats who find themselves dumped into the outside world to fend for themselves will most likely die of either starvation, injuries caused by fights with other animals, disease or be hit by a car. Some cats survive because there is an abandoned place of shelter and kindly neighbors put food and water out.

You can't convert a cat to the indoors only.
It is easy to do as long as you ensure your kitties have enough mental stimulation. They like a 3D world with high places and places to hide. All cats need some companionship. Get two cats to keep each other company if you aren't home very often.

Cats smother babies.
Statistically, it parents who sleep with infants that do most of the smothering. There are no verifiable records of a cat ever smothering a baby.

Devon Rexes, Cornish Rexes & Sphynx's are hypoallergenic.
It's the saliva that causes the allergic reaction and all cats have saliva. All cats lick themselves to take a bath. These breeds just have less shedded hair laying around the house to aggravate your allergies. If you have allergies and want a traditional cat with hair, wear a mask and vacume a little more often and keep the kitties off your bed and out of the laundry hamper. 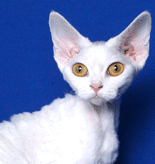 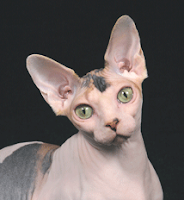 Indoor cats cannot get diseases/parasites.
Many heebie jeebies are airborne and some are found in the soil. They can enter your home through the air system, an open door, your clothes, garden gloves and tools, and your shoes.

Pregnant women shouldn't own cats.
There are many sources of toxoplasmosis. Pregnant women should take precautions such as avoiding cleaning the litter tray, ensuring their meat is thoroughly cooked, washing vegetables properly and wearing gloves while gardening to avoid contracting toxomoplosis. This is just incase she has not yet developed a resistence to it.

Putting bells on a cat's collar will stop it catching mice & birds
Your cat will actually learn to move without the bell making a sound and become even more stealthier than before.

All cats hate water.
Most cats hate water but not all. Turkish Van's, Bengals and real live tigers are known to be fond of water and sometimes even enjoy swimming.

Siamese cats are mean.
This is one of the world's most popular breed of cat. Temperament is the result of genetics, nurturing and socialization. For every mean Siamese you show me, I'll show you 10 mean kitties of other breeds! 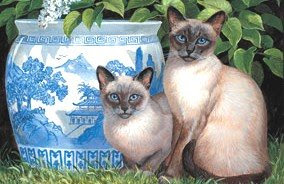