State Senator Dean Florez is starting up his statewide legislation today that would require animal owners to spay or neuter their pets. Florez says SB 250 will hold pet owners accountable for their pets’ health and welfare. The goal is to reduce a $250 million annual bill for catching and euthanizing unclaimed stray and unwanted pets in the state. 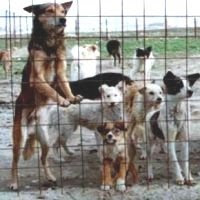 From an animal lover's point of view, this law would save thousands of future unwanted dogs and cats from a life of starvation, poor health and quality of life, and euthanization.

“It will come down to personal responsibility,” Florez said. “If you’re doing the right thing, don’t worry about it. If you have an unaltered animal, license it.”

There will only be two ways to get out of this requirement:

1. A licensed veterinarian can certify that such an operation creates a strong risk of death to the animal.

2. The bill would require animal breeders and sellers to obtain "unaltered licenses" for the cats and dogs they have. Those licenses could be taken away if, for example, the owner neglects his animals, lets them run free on the streets or if the animals are declared dangerous. In these situations, owners would then need to spay or neuter their pets. The legislation does allow for appeals of the license action.

The unaltered license for a dog can be denied or revoked if:
The proposed legislation also requires a person who “owns, keeps or harbors” an unaltered cat six months or older to keep the animal inside. There will be extra regulation on owners of unaltered cats, which represent the majority of euthanasias performed in Kern County Animal Control shelters. 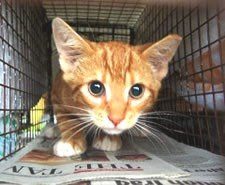 Activists for animal breeding, shows and business activists killed a mandatory spay-neuter law for all animals last year. Florez said SB 250 will have a different fate because it does not mandate sterilization. Animal activist Judie Mancuso said last year's legislation opponents will not have their rights restricted in this new bill.

Florez used Kern County as the perfect example of where irresponsible animal ownership has created a massive problem. Kern County Animal Control euthanized 19,742 animals in 2008 — an annual increase of 5.7 percent, powered by a 10.3 percent increase in the number of animals that flowed through county shelters.

Florez hopes to see this bill in the Assembly in June. 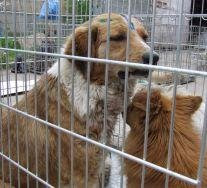 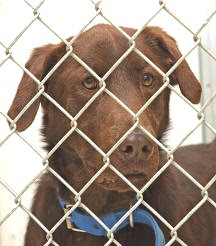 I couldn't be more excited that Senator Florez is introducing this law... if you look at the videos on the website yesonsb250.com you have no choice but to support this kind of bill. Thank you Sen Florez!!

I am so passionate on the subject of responsible pet ownership!

I wish they had tougher laws here in Australia ! Too many puppies and kittens in shelters over here :(

Don't even get me started on puppymills/farms and petshops Grrrr :(